The motivation: Stevie (the cat) and the two dogs need to be contained inside the van at times, and the mosquitoes need to stay outside.

The research: I looked online and didn’t come up with many ideas but one caught. I can’t remember who did it but the basic idea was to use snaps as the way to connect the screens to the van itself. Andrea recommended getting screens from a fabric store, as it’s softer, more flexible than those for doors and windows at a DIY store. Made sense to me. I put the word out before heading to town though and ended up with three kinds of material to use. All are softer, and I can see through them, which I like.

The method: Since I didn’t have any belting to sew onto the edges of the material to stop it from ripping, I found some lightweight canvas. I measured the side door first. Thinking I’m likely to have one of the side doors open and that I’d climb in and out at times, I halved that width. I did add a couple of inches for an overlap. 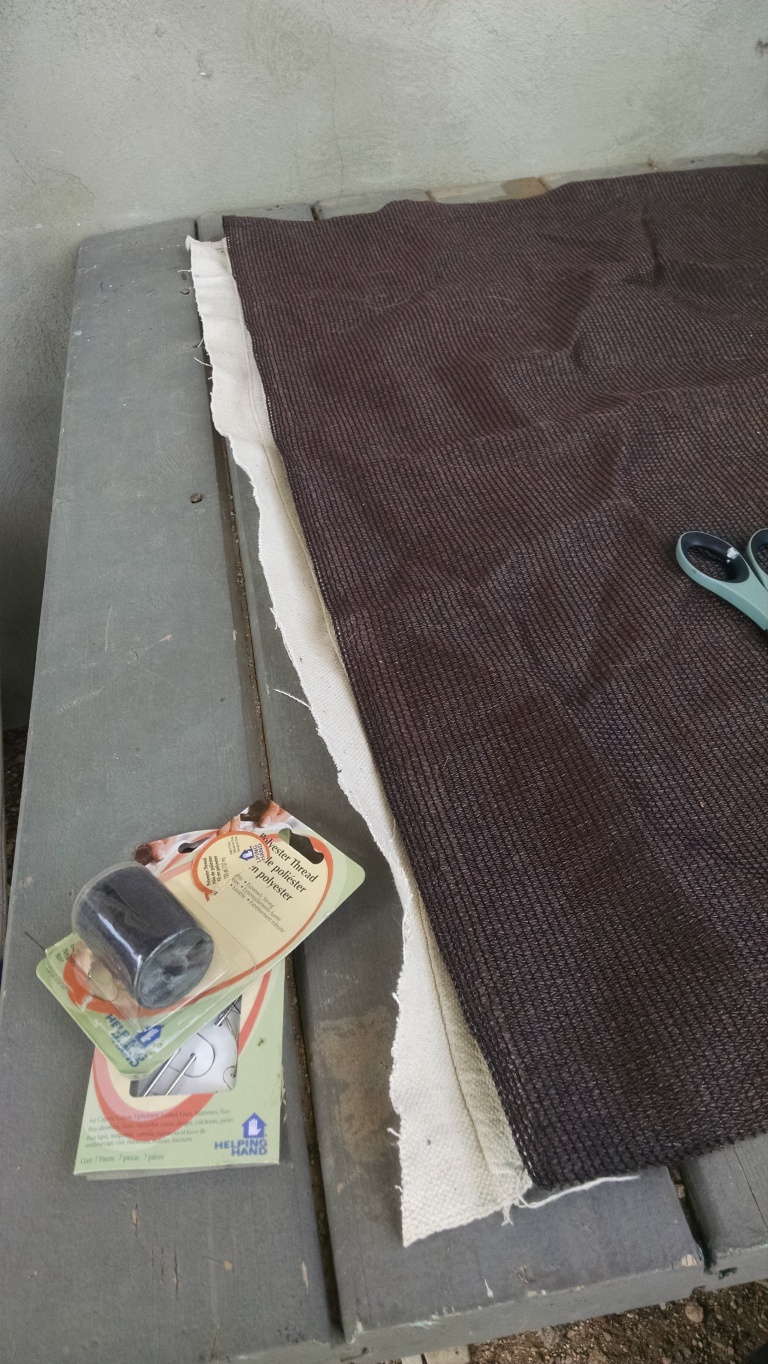 First off, I sewed an edge of canvas along the top to the soon-to-be-screen door. It’s not pretty; I’m more of an impressionist than perfectionist…it works though.
I had bought some supposedly heavy-duty snaps from Lowes last week, just in case. They’re small but seem tough and well made. We’ll see how they hold up though. It says 15 pieces on the container but in all only makes six snaps. I’ll have to get more, even for this one small side door.

Using a knife to cut a hole in the material where I wanted the first snap, it fixed in solidly to the canvas edge I’d made. I then held it up to the body of the van, marked the spot, and screwed in the base as directed on the box. I didn’t pre-measure anything but simply held the screen across the top edge, marked the ideal spot on both the van and the screen and went one by one. It works for me. Not the most detailed of workers, the snaps ended up holding the material tightly across both top and bottom. 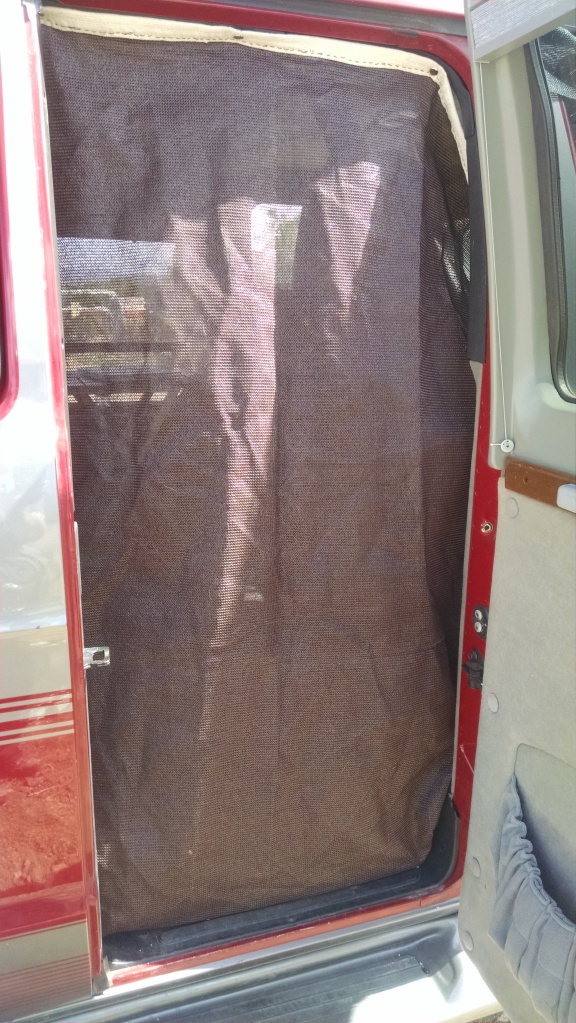 I’ll have to pick up more snaps for the sides. I’d like to know that I can fall asleep with the door open and that Stevie, the little bugger, won’t decide to crawl out for another adventure. We’ll see.

Now I’ve sorted out a method, I’ll go ahead and do the other half of the side doors and hopefully I have enough material for the back doors too. For a first attempt, I’m pretty chuffed. It works! Just need a bunch more snaps to play with…

Part two: I have more snaps, but only six of them unfortunately. I did get Velcro though. The plan is to screen off the small windows in the doors themselves, they open outwards a couple of inches, more than enough for a wriggly cat, and enough for a thousand mozzies. Not good either scenario.

I measured, well, I held the material against the window and cut it a couple of inches wider on all sides. I then cut the heavy duty Velcro both sides of it and lay strips across the top and bottom of each window. Tearing off the protective plastic off the sticky side of the Velcro, I held the screen material across the top and pulled it tight before attaching it to the bottom line. The sides were loose though so I added a couple of shorter pieces of Velcro and stuck it all together, pushing it firmly to stick in place. I left it alone all afternoon and went to the pub.
Stacy mentioned how the Velcro didn’t stick well to the vinyl when she tried to do the same in her own van and that’s exactly what happened when I got home. The whole tape just pulled up and away. But! Now I had more snaps. So adding just one on each corner at the bottom means that I can pull up the screen and the Velcro does its job just fine, with a little help of the snaps that is. Yep, that works. I now have working screens on two back windows and a large one across one of the side panel doors. Not bad for a Sunday. 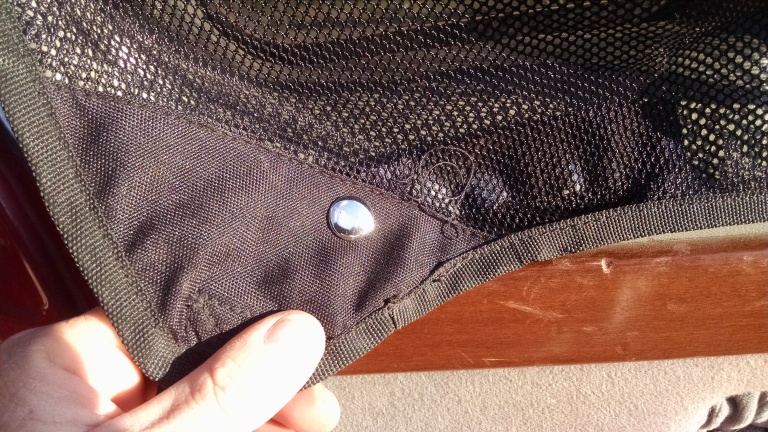 Screen material from your friends.