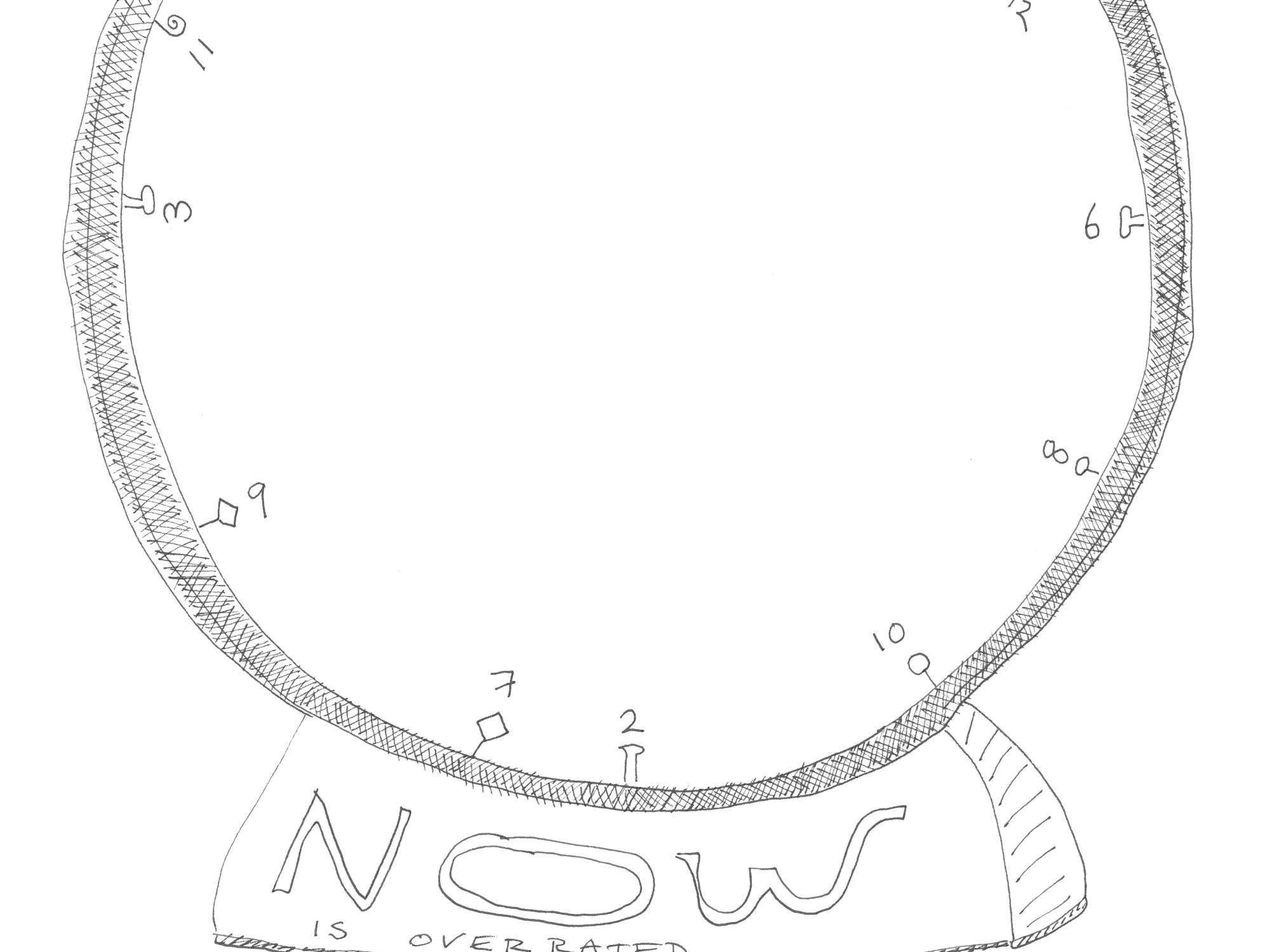 NOTE: This blog was originally posted just after the election in November 2016. I haven’t edited it given the fucked up shit Trump and his fascist supporters are doing, the systemic racism, the violent deaths of innocent people of color, the kids in cages, the lack of support to the Navajo Nation, the pandemic and economic shit. I am out of words. It’s time to listen, support, and be there for everyone else.

I live in  a small town of around five hundred people, one with a reputation as home for artists, free-thinkers, vets and the odds and ends who resist the mainstream media. The night of the election 2016 will stay with me. The local tavern was full of locals, a big screen had been erected on the stage, and early on in the evening, the conversation flowed. Families and friends sat at the tables sharing dinners and drinks once again. It’s a ritual, one I’ve experienced here in New Mexico for years now. This time though, the conversation began to die after the results came in strong and hard for Trump, a predator, a public figure spouting hatred, deportations, and so much more that scares me. It should scare you too.

The conversations died, faces became blank, and the bar filled with anger, tears, and disbelief. This is a progressive place, that’s what I’d thought. Yet, some folks at the bar admitted to voting for the sexual predator, the racist white rich man who refuses to pay his own taxes. Others, friends of mine, admitted to not-voting. “It makes no difference.” Are you serious? Do you not pay attention?

I’m all right, Jack. That is the mentality that stuns me into silence. I don’t know how to confront, to talk reasonably, or how to stir that attitude into action. I’m all right, Jack.
Even my close friends this Christmas talked of how we should keep focused on our little town, that’s all. Nothing else, it’s community that counts. Yes, it is. Community has saved me many a time, kept me strong when I lost all, supported my writing and encouraged my wanderings. I appreciate that, I do. But. But…

Mussolini, Hitler, Franco, all were powerful men, able to rouse strong emotions in their supporters, encouraging actions of hate, murder, and terror. What did everyone say though? What did the common man do? They looked the other way. I’m all right, Jack. I’ll focus on my town, my neighborhood, my street, or even just my own family. That’s what is  important, right? Take care of your own?

That’s what such regimes rely on. Our looking the other way. The focus on what I need, what my family needs. Me. Me. Me. We need to look beyond our own comfort zones. We have to stand up regardless of how comfortable we are in our towns, neighborhoods and families. I have to. It’s bigger than my own small life here in New Mexico.

We need to pay attention on the actual issues. Each time we or the media disparages the Predator-elect for his looks or his public personality, we’re giving him free advertising and more fame. It’s his actions and those of his supporters that need to be watched and questioned. The Democratic party could look for ways to work with the new president, make him follow up on some of his campaign promises, such as improving the nation’s infrastructure, and calling him on his own business practices of shipping work overseas and asking for waivers for immigrant workers when there is no need as we have the workers here. (And I say this as an immigrant myself.) Critical thinking is needed and we can’t trust mainstream media or social media, we have to research and question for ourselves. I’m trying. It’s in the details. We need to focus on details not his personality, right?

But my voice isn’t heard. It doesn’t make a difference. Wrong. It does, each voice has an energy, a worth, some of us spoke up on behalf of the group Rockettes who were being forced to perform at the inauguration, threatened with losing their jobs if they didn’t. Public opinion held power, the Rockettes are no longer performing for that fateful day.  I signed a petition. Thousands signed that petition. Social Media brought too much attention to that simple issue of women being forced to dance for someone they didn’t support. And now they don’t have to. My voice was one of many. It was heard.

Planned Parenthood is one of many organizations under threat. Women’s health being of little importance to many people, this right wing “christian” threat to dismantle PP is being ignored by many friends of mine, even those with daughters. These fathers (usually) don’t see how Planned Parenthood’s future affects their own families. It’s in conversations like that which leave me speechless. I’m no great orator, my mind blanks, I’m so stunned at the short sightendness of these friends, that I have to leave in disgust, partly at myself for not talking it through, but at my neighbors for the I’m all right, Jack mentality. Planned Parenthood is the nation’s major provider of health for women, men, youth, and race, religion, immigration status, or income matters not. This is a huge much needed resource. We all need to stand up and protect their services whether we use them ourselves or not.

Such I’m all right, Jack thinking will allow such places as PP to lose funding or legitimacy if we don’t stand up, speak up, and support them. No, I haven’t used their services, do we even  have such a place in our town? No. Does that mean I shouldn’t pay attention? No. We have to look beyond our own needs, our neighborhoods, our towns. We have to look up, out, and take action. Focusing on my town allows dictators to gain even more power, it allows others to lose their health, their ability to live by their own religious beliefs and cultures. Do you get the difference? How else did Hitler’s Brown Shirts take the “Jews, the Gypsies, or the Homosexuals” away to the camps to be tested, stripped, starved and ultimately killed? People looked to themselves. They looked the other way.

I’m no historian, no politician, nor a great essayist. I’m one voice, it’s a voice of a woman, queer, immigrant, living below poverty level, who is trying to live a good life. Turning my focus onto this little town isn’t enough. At school in England in the Eighties, our history classes talked in detail of the Second World War, it was real to us. I read the books, learned the stories, and couldn’t believe that more people didn’t stand up in protest. Too many looked the other way and in my mind, that holds them culpable. They didn’t help but nor did they hinder the fascism, the destruction of communities based on religion, race, or sexual orientation. They looked to themselves. I’m all right, Jack.

For me then, what do I do? I don’t honestly know. The commitment to sign and share petitions that resonate with me is solid. Our city to the north has promised to remain a safe sanctuary for immigrants. There are groups focused on educating immigrants on their rights and legal ways to stay safe and in the community. The Muslim community is scared, and rightly so, as Trump’s website still has a statement of his about stopping all Muslims from entering, as well as forcing them to register. Kinda like the Jews in Germany, right? Or am I missing something here? But do resolutions from city councils make a difference? I don’t know. Without those statements though, who could feel safe? Don’t we all want our communities to stand up around us, keep us strong, keep us welcomed?

I’m all right, Jack is no longer an option. We have to stand up for those under threat by policies, rhetoric, and the new regime. We have to take our heads out of our small towns, out of homes and look for how this new political climate will affect others. Health, housing, work, immigration, environment, all of it is under threat. What I can do about any of this, I don’t know. I still don’t. I have no real answers and all that is online is just as vague. Somehow though, I will stand up. I won’t look the other way. I’m all right, Jack is not good enough for me.