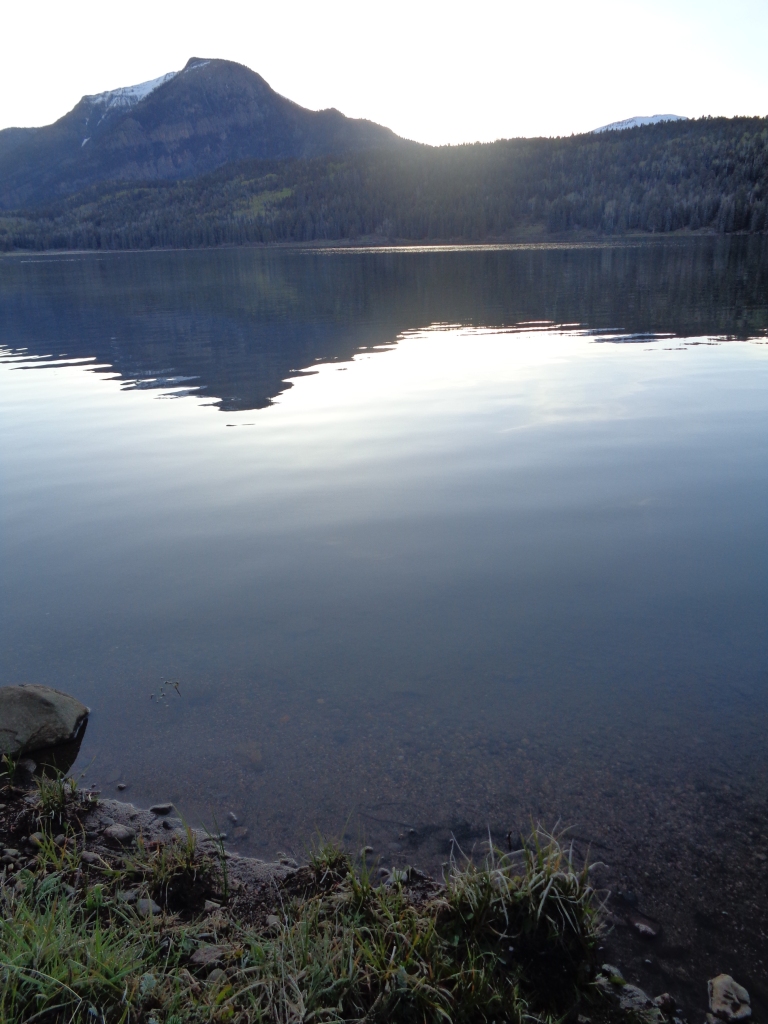 This time last year I finally came across Williams Creek Reservoir and fell in love with the place, and I’m still in love. BUT! There is only one small campground next to the lake with only some 20 sites and no reservations. You have to be lucky to get an opening as locals and RV-ers come and camp out for weeks at a time and that’s not my way. This year I wasn’t lucky. I’d hoped to find a spot to stare at the lake and daydream for a few days but it was packed even in the last week of September.

Instead i parked at the boat ramp and had a picnic with the dogs swimming before we headed up hill to find some dispersed camp spots I’d seen on other trips to the area. 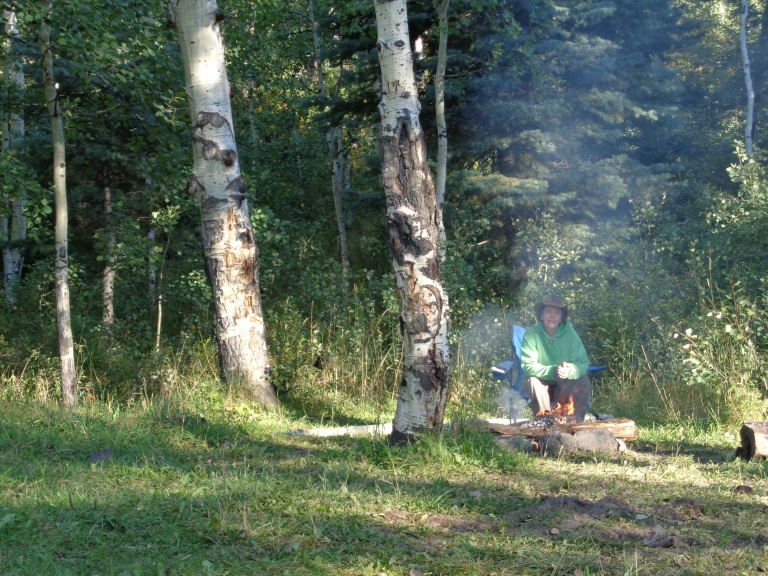 I turned up on FS 644 towards Poison Park, a graded forest road that took us up and above the lake. Unfortunately there is a big and well know hikers and trail riders’ path further up so we had quite a few trucks go by. The dogs learnt not to be too bothered luckily. We settled in for a few nights, tent up, gathering wood, cooking up some dinner around the camp fire. 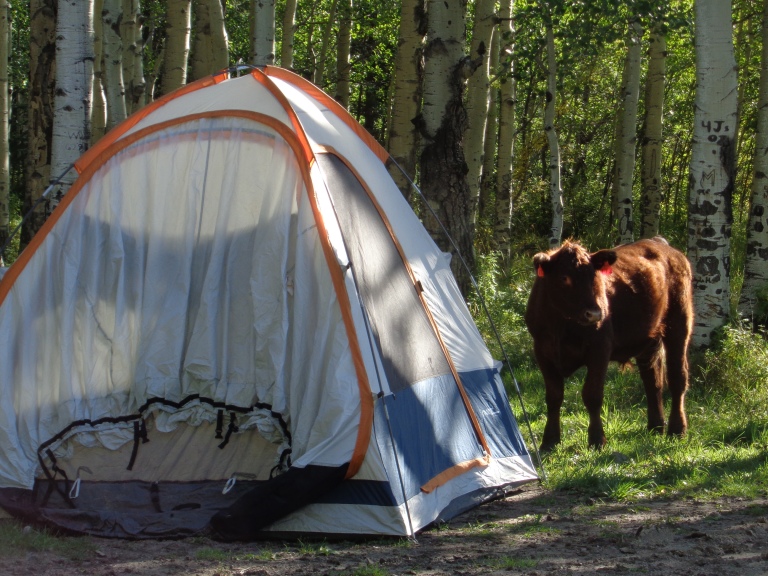 In the morning we had a few guests for breakfast. The dogs weren’t exactly sure what to do so Ollie chased one until it stopped and looked at him. Ollie ran back and jumped in the back of the truck, wise boy.

The day was spent exploring. It was a change to have a camp set up for a few nights as usually I get too restless and keep on moving. I’d decided to explore the national forest roads in the area though so that’s what we did. We found a huge open meadow looking towards the reservoir but couldn’t quite see it. I missed the view to be honest. However, where we were was free, the dogs could run wild safely, and we were alone with no RVs, generators, or neighbours. Pretty good for me. 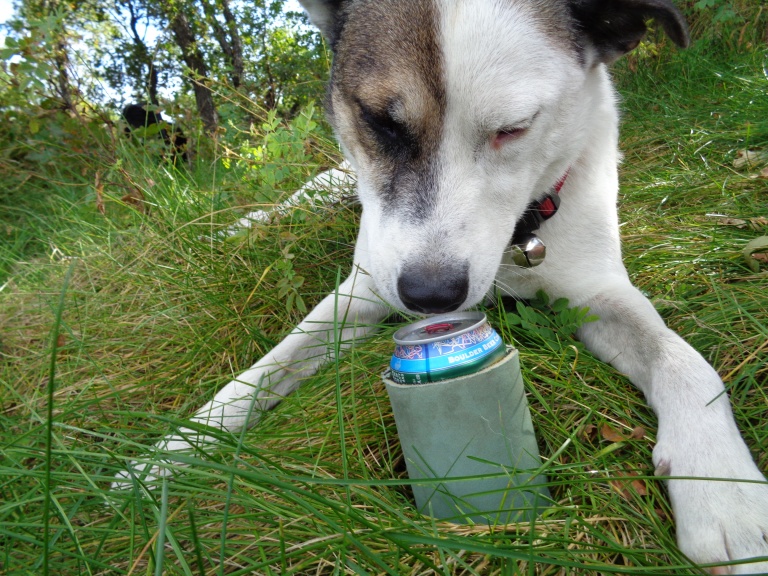 Another day was spent looking for water, hanging out at the lake before following the creek for a while. 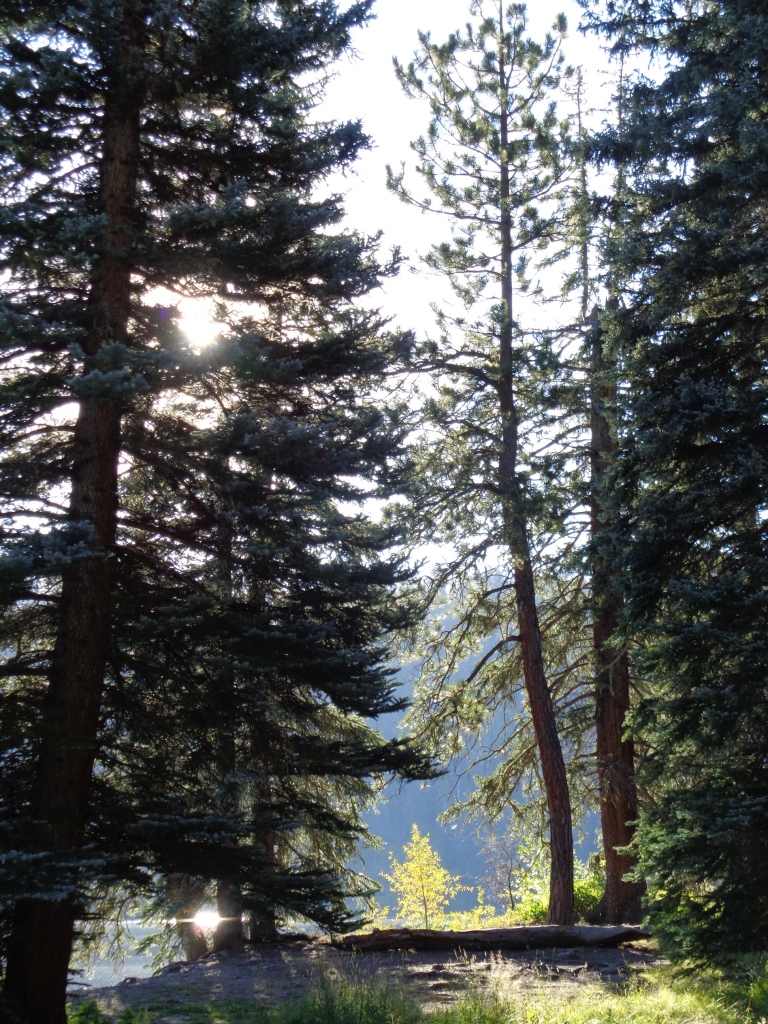 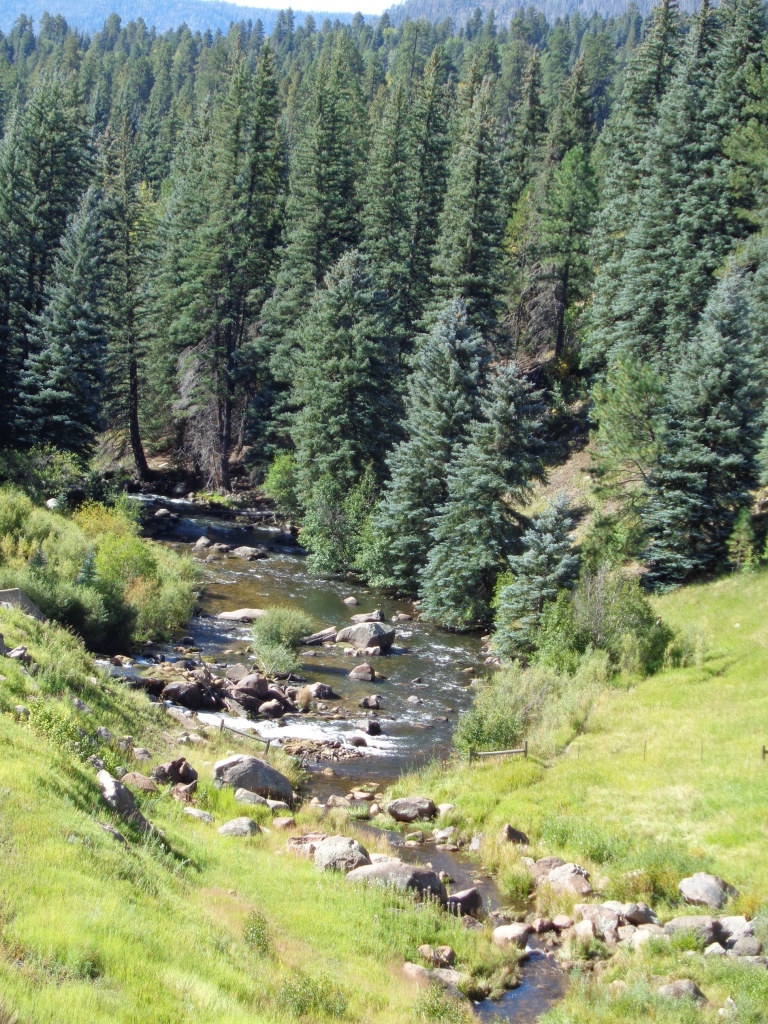 We took our time. It was early in the morning and I came across a few fishermen from Germany. A great way to start the day for sure. The dogs had a blast. Look at those happy faces.

I even stripped off (away from the fishermen!) and had a very quick plunge in the freezing cold river.

The afternoons were spent back at camp at we’d fall asleep on the blankets under the trees, reading, napping, drinking a beer or two, and finally deeply relaxing. The views were incredible. 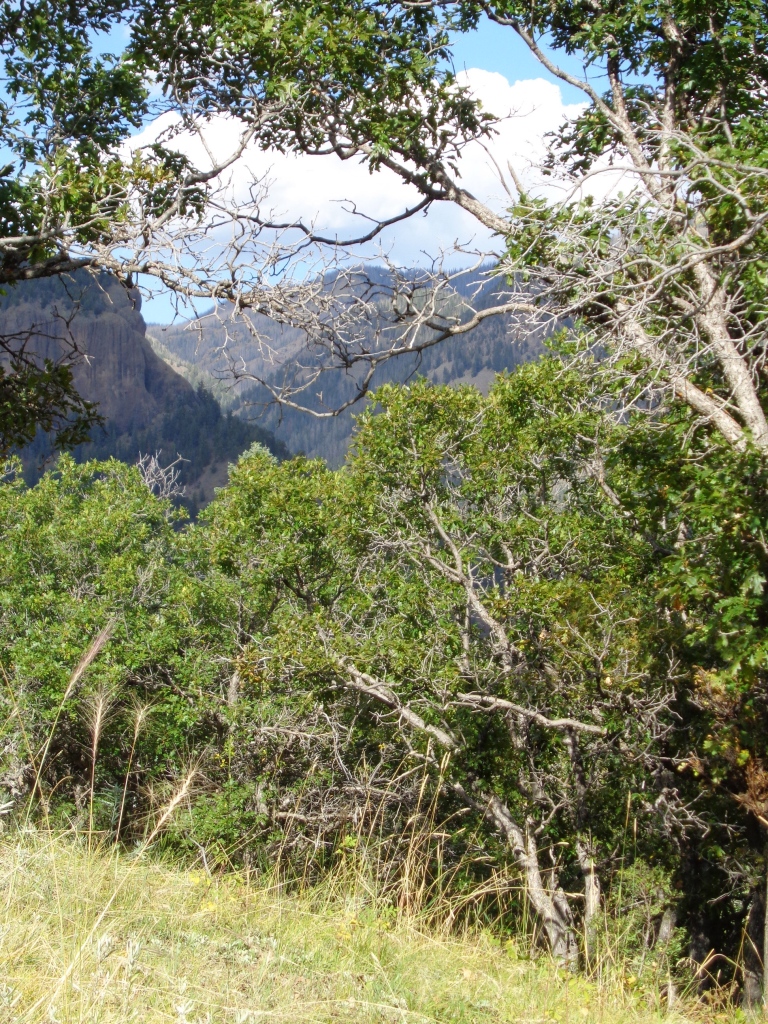 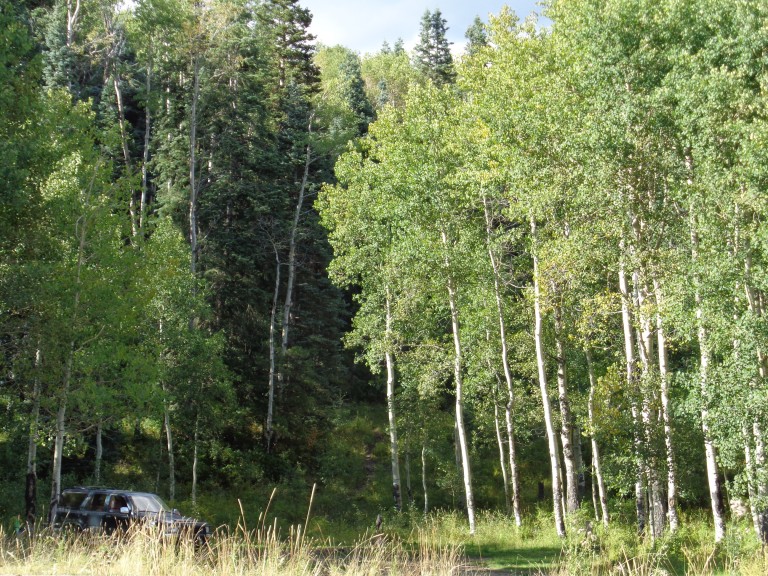 We did drive into Pagosa Springs for an early dinner one afternoon, heading back to the PS brewery with their huge yard. Beer and burgers, or rather, beers and a burger hit the spot after a week of one ring burner meals around a campfire. It helps that the brewery welcomes me and all three dogs with a bowl of water for them and a sweet corner in the shade to watch the world go by.

I had heard of some waterfalls near by but had to really inspect my maps to find directions. The road was graded, empty, and had numerous dispersed campsites off to the sides. I took one road that ended in a valley. Just as I’d let the dogs run, a man on an ATV in full hunting gear appeared. A friendly man, we ended up chatting for a while. He’d come out every year in September to explore and hunt bears, but he didn’t concern himself with the hunting part! He told me how the day before a bear had walked past his camp as he drank his coffee. He simply watched it amble up the road. For that, I liked him!

He told me which road to take to find the Falls. FS 634 got us there, and as I look at the map now, it was not the most direct route! Oh well, it took us ages because I kept stopping to walk around in the tall silent trees. 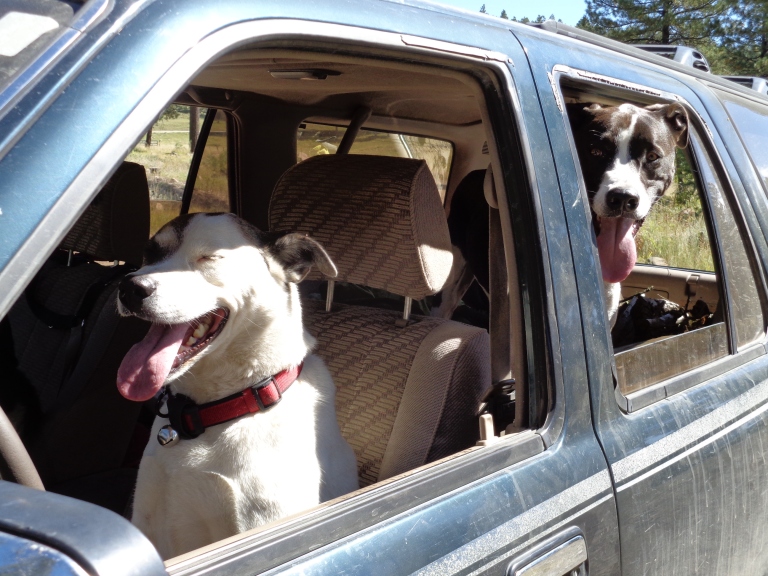 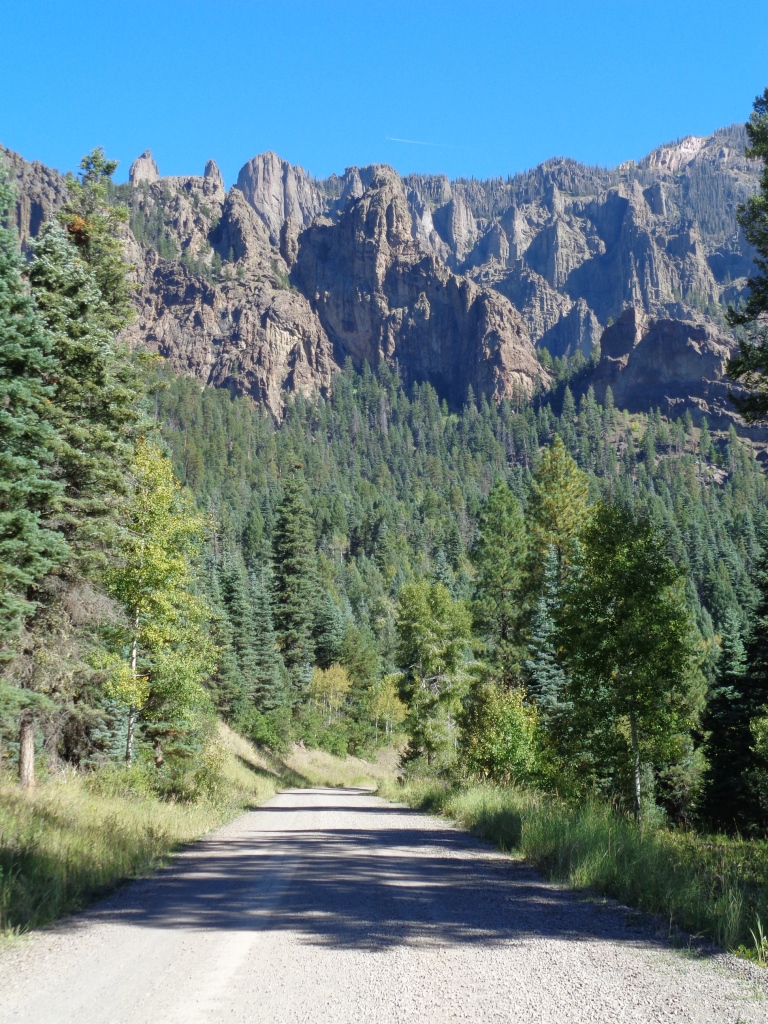 I wouldn’t like to drive that road in the rain or snow as there were sections narrow and steep. The valley taking us to Fourmile Falls was stunning. We pulled up at a fairly huge parking area, and I was glad it was the middle of the week in the off season. We followed the sign posted path to the falls.

The falls themselves were deep in shadows, and not very photogenic! I didn’t bother…we played in the river instead.

The rest of our time in the area consisted of more beer, more naps, and yes, more hikes around Williams Creek reservoir.

And then we finally had to pack up and head home to New Mexico.

One thought on “Poison Park, Colorado in the San Juans again!”