Even just yesterday a friend asked me if I ever got scared camping on my own, travelling on my own. No. I don’t. There’s more to it than that, but simply put, no, camping on my own is where I am happiest and most relaxed. In towns, in cities, surrounded by people, traffic, noise, music, talking for the sake of filling in the silence, no, that is not where I relax.

This weekend, I had the honor of being a panelist on discussion about the art of solo travels. I thought I’d write about some of the observations and stories that came up.

Overland Expo West 2016 had almost 10,000 people all interested in vehicle dependent travels, whether local or worldwide; we all were there to get inspired.

To hear the stories from others who just have the wanderlust in their blood like I do was reassuring for me. I’ve been settled for eight years now, making a home base, setting myself up, writing, publishing, and taking short trips around the Southwest. I’m restless. I have been for the last year or so, working towards getting on the road again. This weekend at Overland Expo, I talked about crossing the States at 22 years old, hitching with a small backpack and no credit cards or money, just following my distracted ideas of what to do next, riding my 1976 Yamaha XS750 across to the Midwest repeatedly even though it would break down every other day, street performing in Guatemala, driving the high elevation passes in Colorado in a 1973 VW Beetle, not knowing what to expect, these stories are part of me. I lost my two front teeth in Tarancon, Spain. I woke up on a train in Switzerland, not quite sure which country I was in. Hitched to the Munich beer festival. And yes, I travel alone. And I like it! 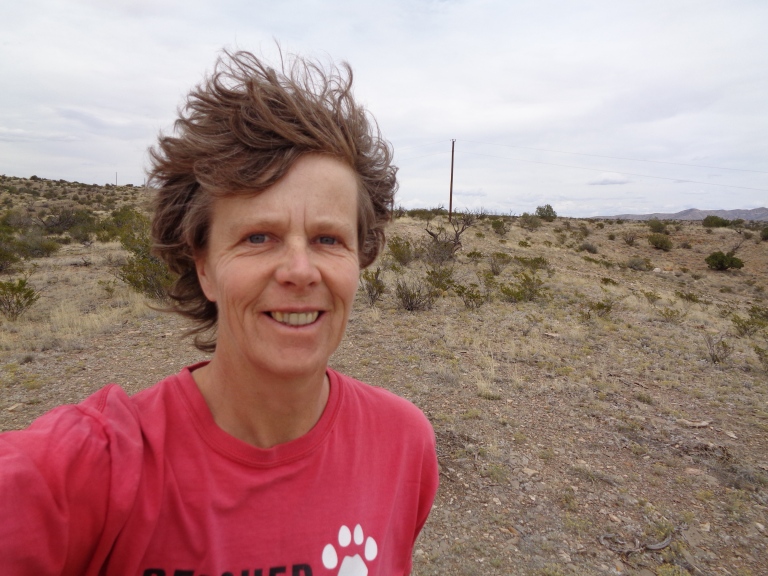 I admit, I once traveled with someone. It was 1989. Steve joined me in Chicago, a friend from my small hometown. I was walking down the streets in the city, knowing we’d find each other somehow but since neither of us had phones or hotel rooms, it would be a challenge. I walked with my backpack clunking away against my hips when I saw Steve sitting on a bench smoking. I sat down next to him and took his smoke.

We crossed to Maine, New York, Washington; we took trains, hitched, and then stayed at random homes of the families we met along the way. It wore me out. Steve let me make all the decisions. It wore me out. The responsibility. The constant discussions as to what we would eat that night, where we would sleep.

There have been other moments, a week here and there, spent on a road trip with a friend, but nothing as extended at that initial travel with Steve, bless him. Since then, I tend to go off on my own, I’m happier that way.

Planning: on my own, I’m free to follow my nose, or rather the signs that capture my attention. It’s usually the ones that say ‘lake’ or ‘4wd only”, and off I go. I generally have a loose plan, places I’d like to visit if I’m in the area. I set a few goals, for small weeklong trips and for the extended travels. These days with the Internet, I plan a lot more, looking at photos, reading forums, and asking for suggestions. Whether I follow the ideas, that’s another story.

Packing: light as less is best. Since I’ve done a bit of everything, backpacking, hitching, motorcycles, busses, trains, VWs, trucks and now a van. The packing has become more complicated as I’m taking two dogs and a cat with me for a few months up north. We’ll see how this goes! Packing though does seem to stay fairly consistent, the basics of a change of clothes, bedding, kitchen, water, tools, and now critters’ food and bedding too. A short list, and with the idea in mind that I might have to abandon ship (van) in an emergency so the necessary items all fit in a small backpack too. I can leave the rest. I have before, in a dead VW bus in the middle of nowhere Missouri. I never did see that red camper again.

Eating: I love that I can eat what I like and when I like. Frito pie for breakfast? Bacon sandwhich before bed? Chocolate? Cheese and crackers? Veggies and eggs? Whatever I like when I like. It’s wonderful. 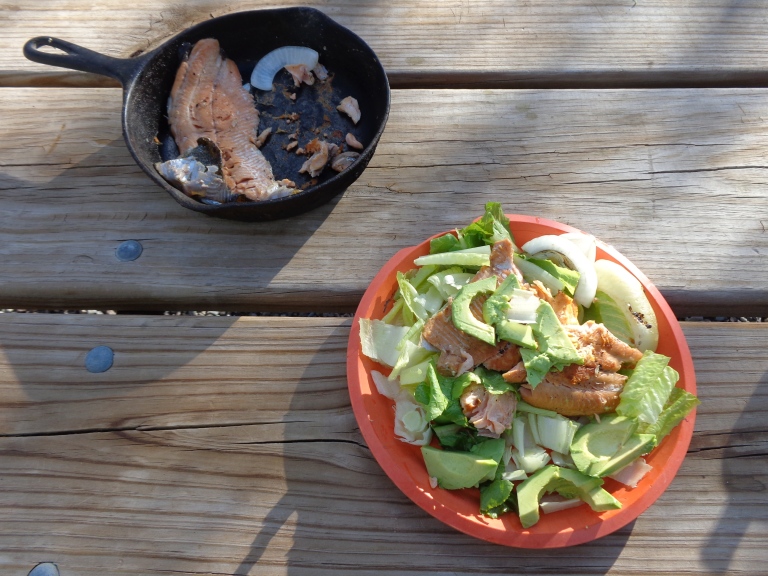 Engagement: As a solo traveller, I interact much more with locals. I’m seen as trusting them and it’s always come back to me that these strangers treat me with trust. It sets the tone; we open up and chat over a coffee, a campfire, or a beer at a local brewery. I’m interested in what people do, what’s important to them, the work, home and community. This is why I travel. I’m curious. The stories feed me. I also found that when I first crossed the States alone that many families I met wanted my stories of other states, places, towns, ones they had never visited themselves. My anecdotes of their own country paved the way for their hospitality. It was a trade in a sense.

Safety: Hmm… I’m not very safe. I go places I shouldn’t. No one really knows where I am. I follow roads, conversations, and dreams. I have no back-up plans. I take risks. I fly by the seat of my pants and all without a safety net. I like it. Traveling like this wakes me up. Opens me up. To answer the question I started with, have I ever been scared? A couple of times. That’s all. First was when I had to get myself back from the South of France as an eighteen year old who’d been fired from her nanny job. I had a passport and a plastic bag of clothes. No money. No credit cards. And this was before cell phones, not that I would have called my parents, I preferred to get back and then tell them. I didn’t like to worry them! Poor buggers. I stowed away on a train, stole food, had a guard try to rape me, smashed him in his privates and locked myself in a bathroom on the train. That was the first big solo trip and the sense of achievement at the end was incomparable. “I can improvise. I can get out of trouble. I should keep traveling!” 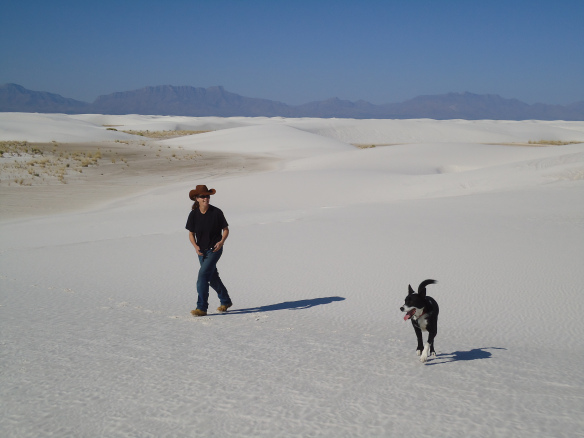 Know yourself: Where are you happiest? How do you spend your days? Are you mostly surrounded by friends and co-workers? Or do you work alone? Live alone? What are you social needs in other words? Think about what stresses you out and what makes you relax. For me, time without words, yes, I know, ironic since I’m a writer, but still, empty heads talking at each other wears me out. I like silence. I like mountains. And I like the company of animals more than people. But that’s me…and then after a couple of days alone, I love to sit and chat to friends and strangers alike. I have the energy and desire to hear their stories. To tell mine. To connect. Knowing yourself is one of the amazing benefits of solo travels, you have to take care of yourself and you will. You’ll learn new rhythms and routines that are yours. To share your experiences, that is some friends ask about, how do you find meaning when you have no one to share with? But I do. I write. I photograph. And simply sitting next to a lake in the mountains alone with my dogs, I see how the world is magical, stunningly beautiful whether I am there or not. I am a very small speck in a huge world and that is reassuring to me. I relax. 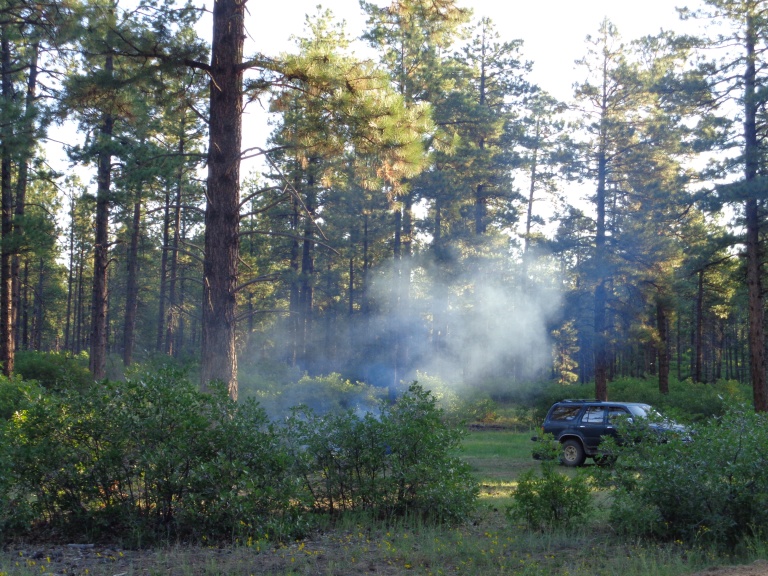 There is an art to solo traveling. There is a science to it as well but I’ll write about that another time. However, let me say that the more I travel alone, the more I appreciate nature and the random conversations with people I meet. I am not afraid. I am open to life and adventures…